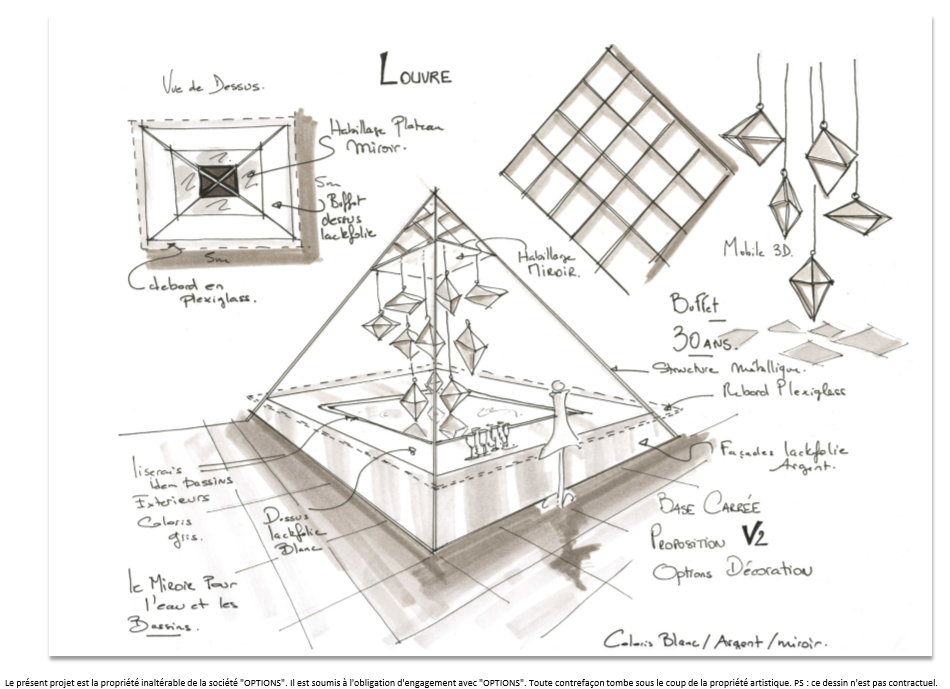 30 year anniversary of the Louvre Pyramid

It was 30 years ago that the architect Ieoh Ming Pei designed the famous Louvre Pyramid. The President, François Mitterrand, inaugurated the Louvre Pyramid on 29 March 1989.

The Museum decided to celebrate its 30th anniversary by holding a series of events throughout 2019. When the team at Options decoration were contacted to create the set design for the occasion, naturally, they came up with the idea and designed a buffet table in the shape of a pyramid !

A close-up of an XXS pyramid for an XXL anniversary !

All our projects are the result of a team effort: the project managers receive the client’s requests, then the project is conceived by the scenography/infographics department and finally made by the team in the workshop.

Once assembled, the pyramid was painted, then taken apart and delivered to the site of the event. The pyramid was then reassembled on site! High quality materials and a team of 4 carpenters were needed for an extra special buffet table :

PMMA silver mirror for the surface of the buffet 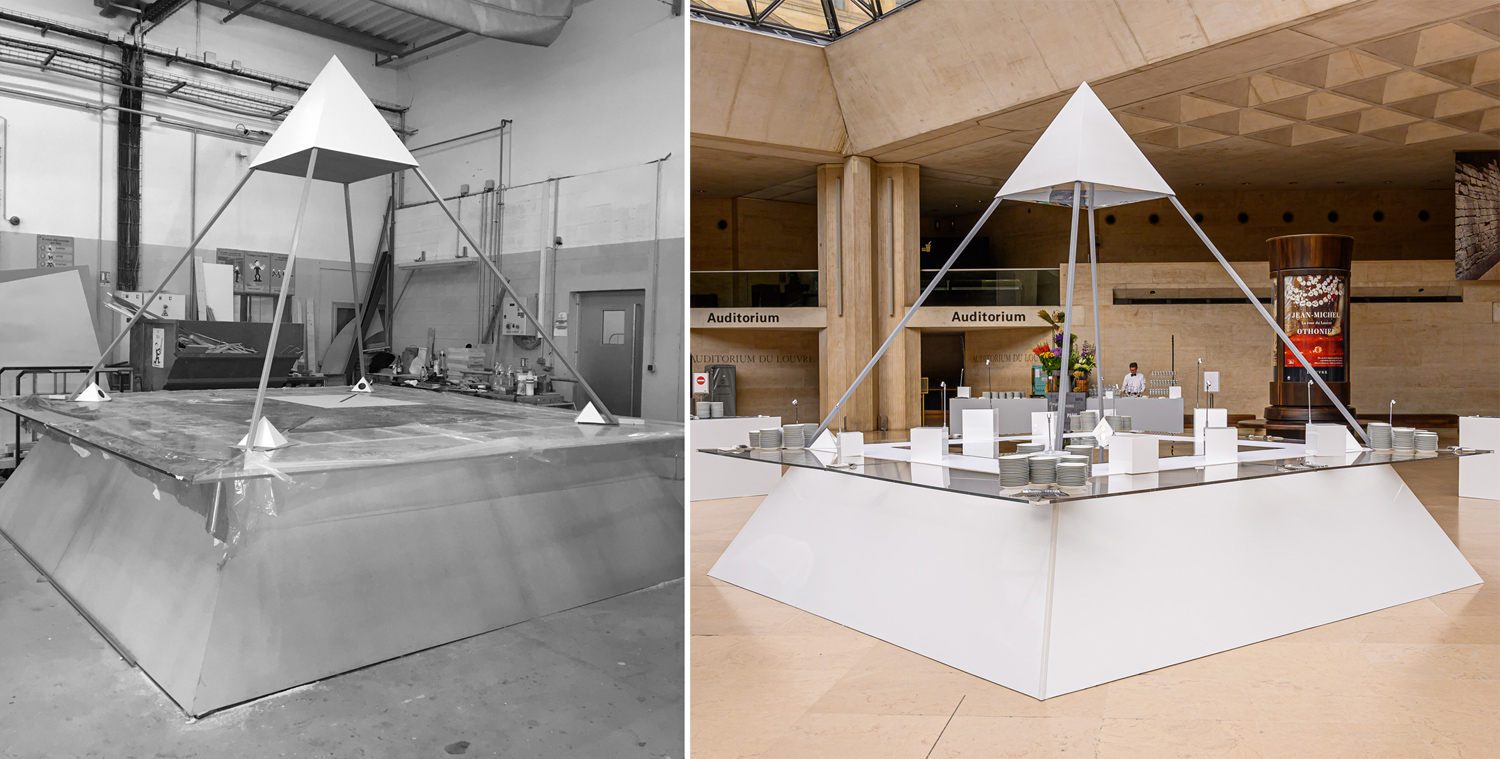 Photo on the right by Jean-Claude Guilloux

The result, a buffet table entirely transparent and enthroned beneath the Louvre Pyramid… Happy anniversary !

By continuing to use our website www.options-decoration.com, you are agreeing to the cookies used to improve your experience, personalise offers, and analyse traffic.
SettingsACCEPT ALL
Manage consent

This website uses cookies to improve your experience while you navigate through the website. Out of these, the cookies that are categorized as necessary are stored on your browser as they are essential for the working of basic functionalities of the website. We also use third-party cookies that help us analyze and understand how you use this website. These cookies will be stored in your browser only with your consent. You also have the option to opt-out of these cookies. But opting out of some of these cookies may affect your browsing experience.
Advertisement
Advertisement cookies are used to provide visitors with relevant ads and marketing campaigns. These cookies track visitors across websites and collect information to provide customized ads.
Analytics
Analytical cookies are used to understand how visitors interact with the website. These cookies help provide information on metrics the number of visitors, bounce rate, traffic source, etc.
Functional
Functional cookies help to perform certain functionalities like sharing the content of the website on social media platforms, collect feedbacks, and other third-party features.
Necessary
Necessary cookies are absolutely essential for the website to function properly. These cookies ensure basic functionalities and security features of the website, anonymously.
Others
Other uncategorized cookies are those that are being analyzed and have not been classified into a category as yet.
Performance
Performance cookies are used to understand and analyze the key performance indexes of the website which helps in delivering a better user experience for the visitors.
SAVE & ACCEPT