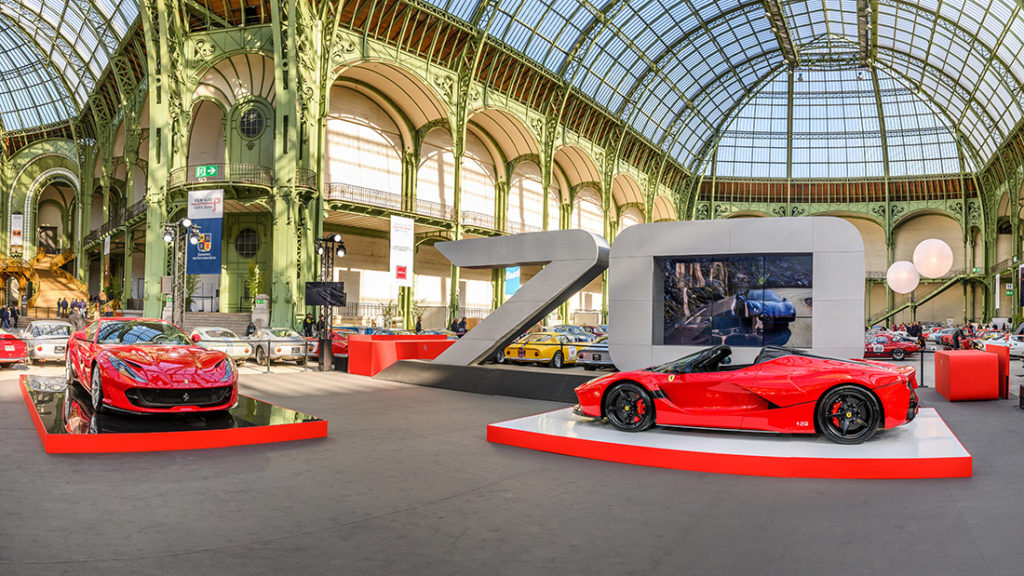 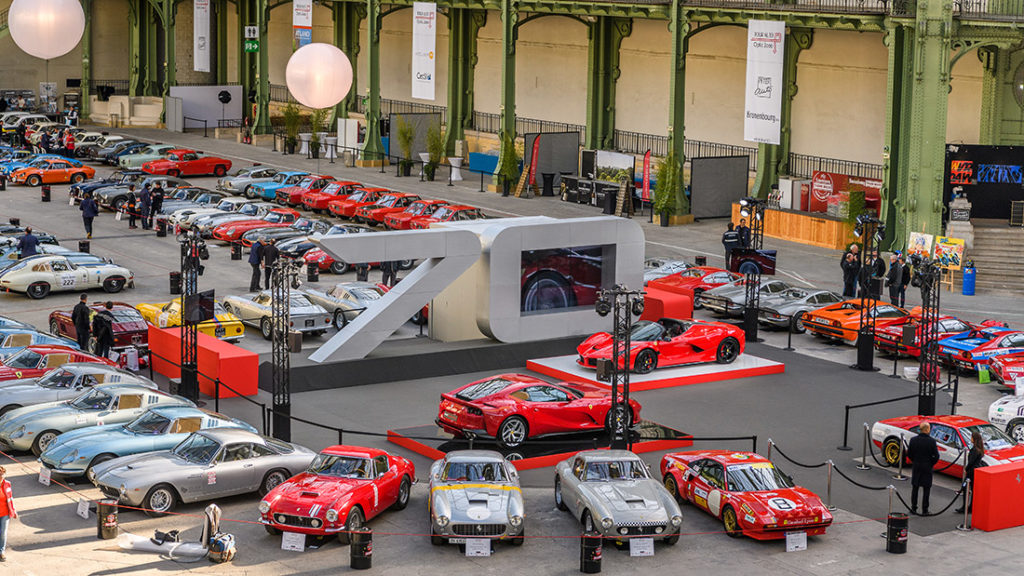 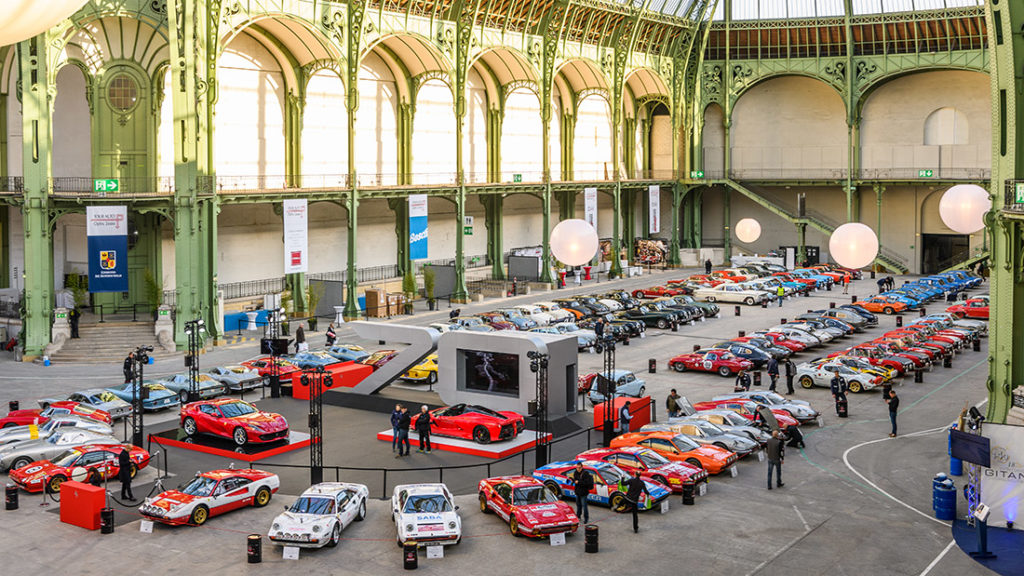 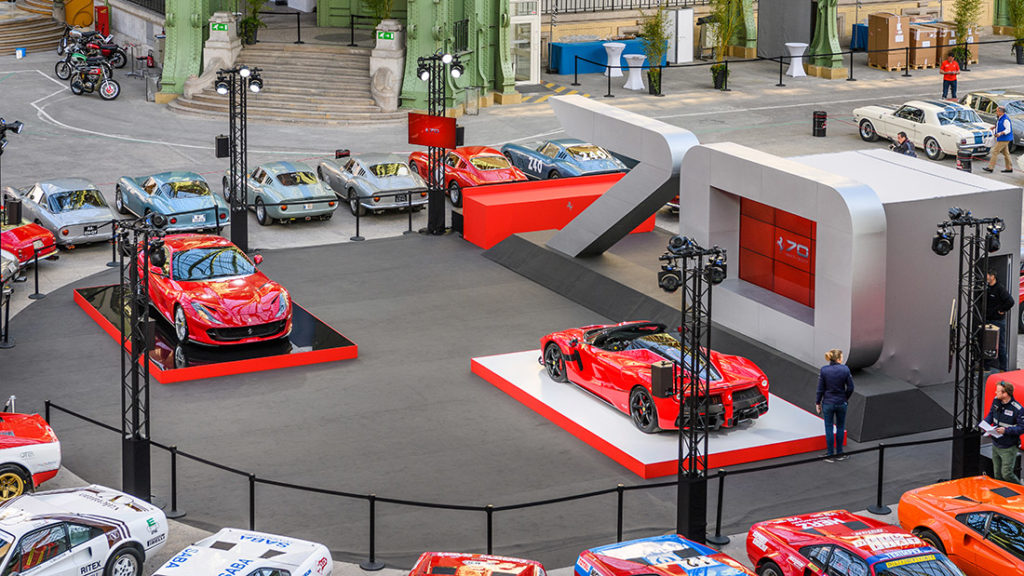 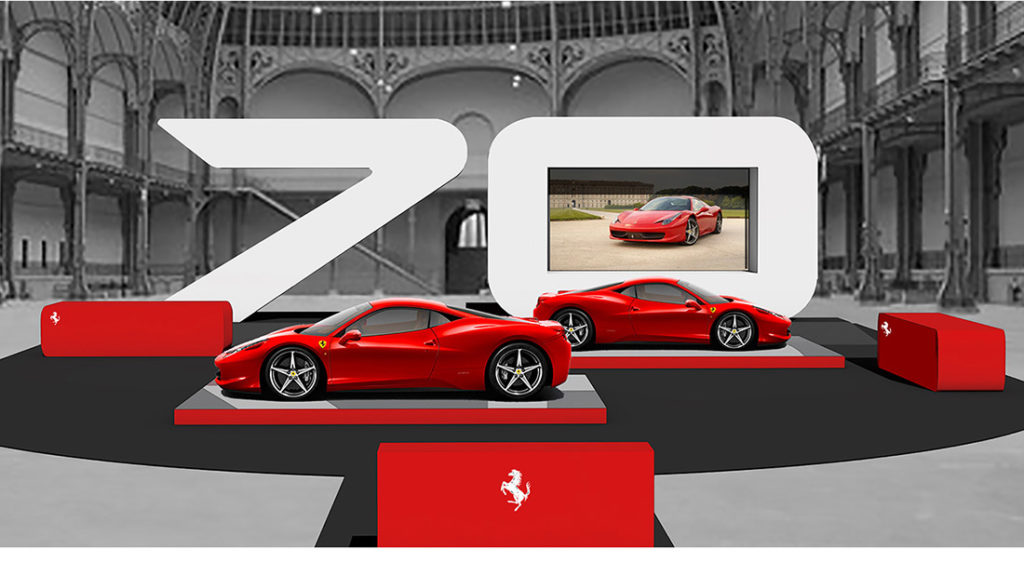 For almost 30 years, the Tour Auto Optic 2000 has given car enthusiasts from all over the world the chance to see and enjoy some of the world’s most unique vehicles. Just before the start of the famous Tour de France car race was the perfect opportunity for Ferrari to celebrate its anniversary and present seventy exclusive models that were specially redesigned for the event.

It was an anniversary around the history of the company and filled with emotion that Options Décoration conveyed in the décor of the event. The decor was specially designed for the famous brand whose black prancing horse has become a true symbol of “Made in Italy”.

In just four days of work, our team consisting of four carpenters produced two superb wooden structures in the shape of a 7 and a 0 creating a superb structure 13 metres long by 3 metres high when assembled. This majestic wooden frame was then entirely painted in a handsome metallic grey.

What was the most challenging part of this extraordinary project? Creating a structure that was as light in weight as possible.

A special convoy was required to transport the extra large décor, to the Grand Palais in the centre of the Parisian capital.

Options Décoration also created the various decorative elements of the stand, such as the welcome desk, the podiums and the flooring.

The Ferrari saga officially began in 1947. In that same year, the very first car of the world-renowned manufacturer, the 125 S was born. Enzo Ferrari, who had his first experiences as a racing driver at Alfa Romeo but subsequently left the Maranello factory, designed the 125 S.

Previous
Next
By continuing to use our website www.options-decoration.com, you are agreeing to the cookies used to improve your experience, personalise offers, and analyse traffic.
SettingsACCEPT ALL
Manage consent