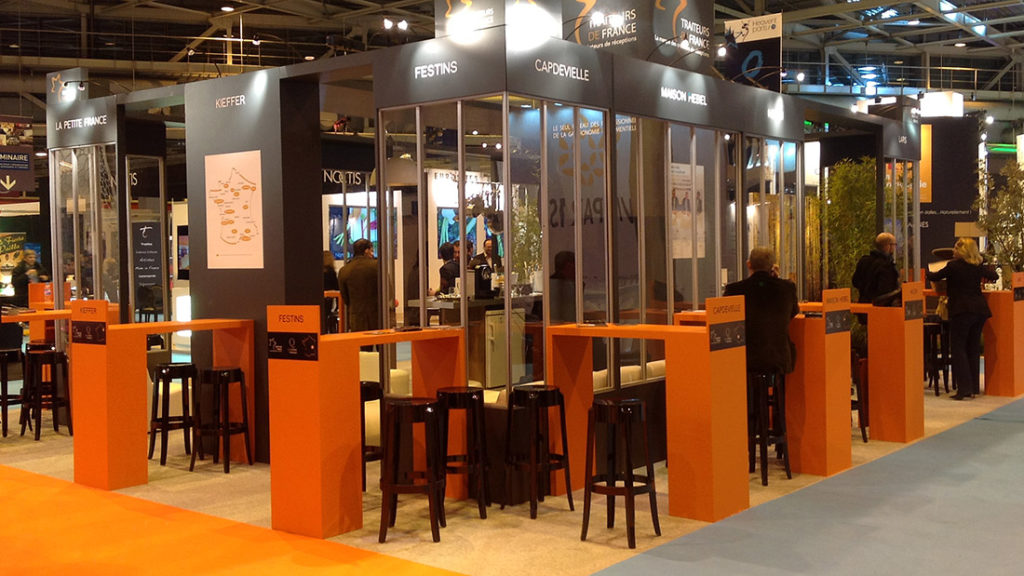 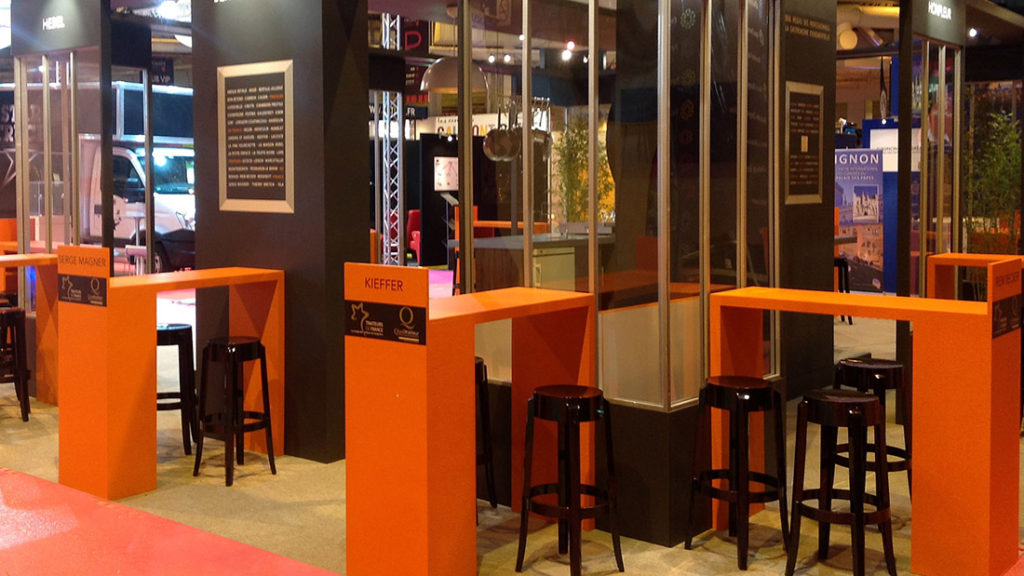 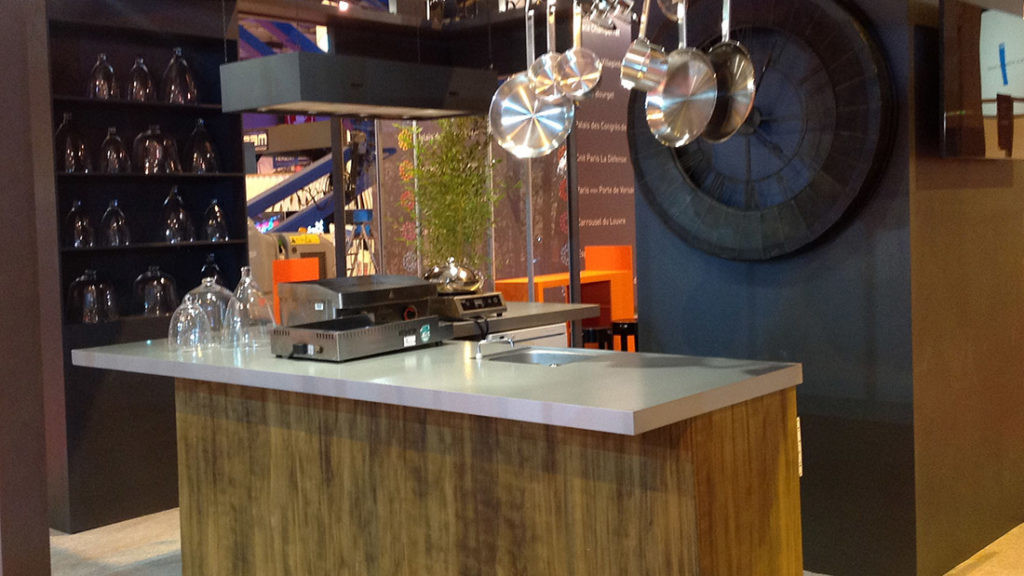 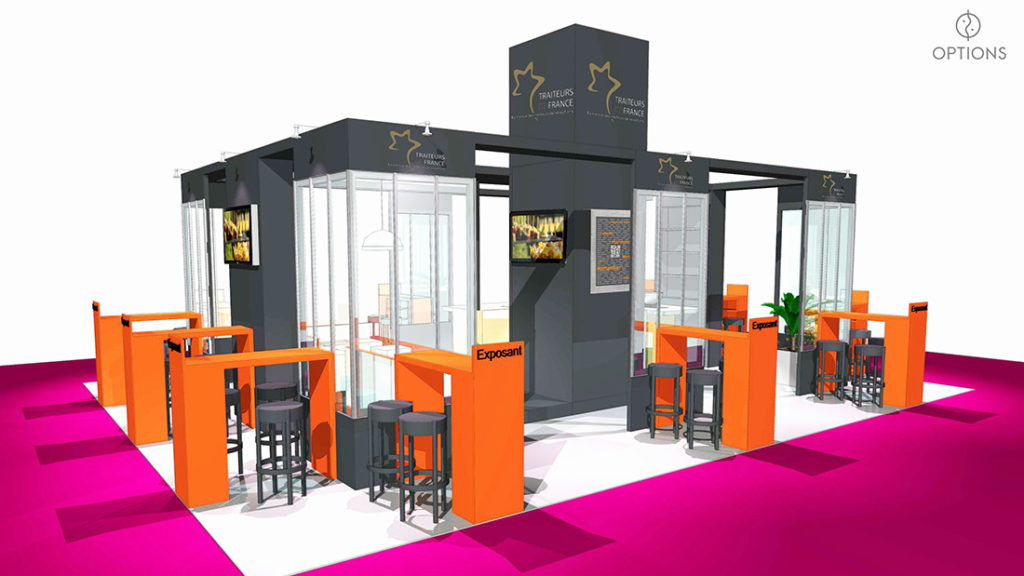 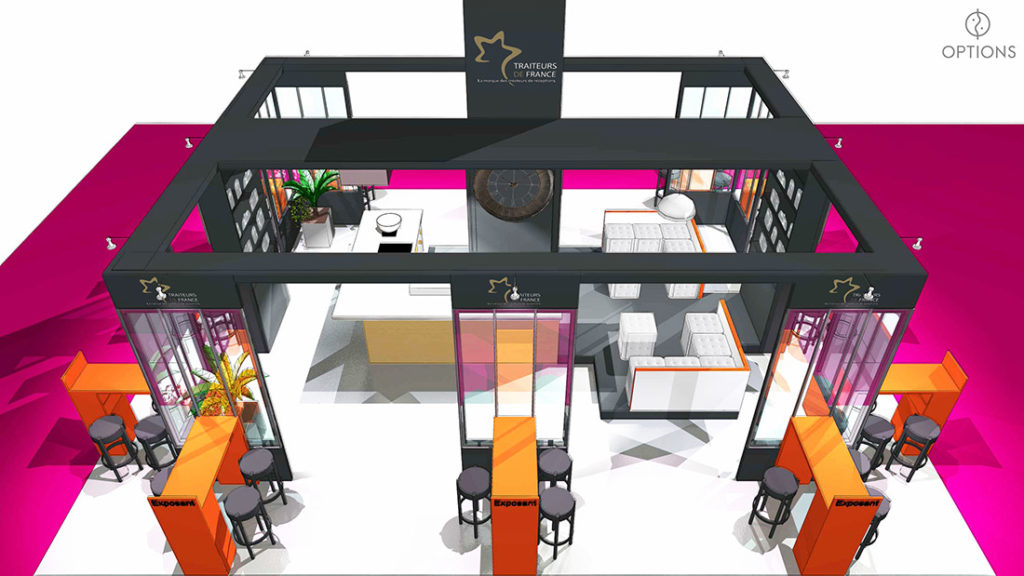 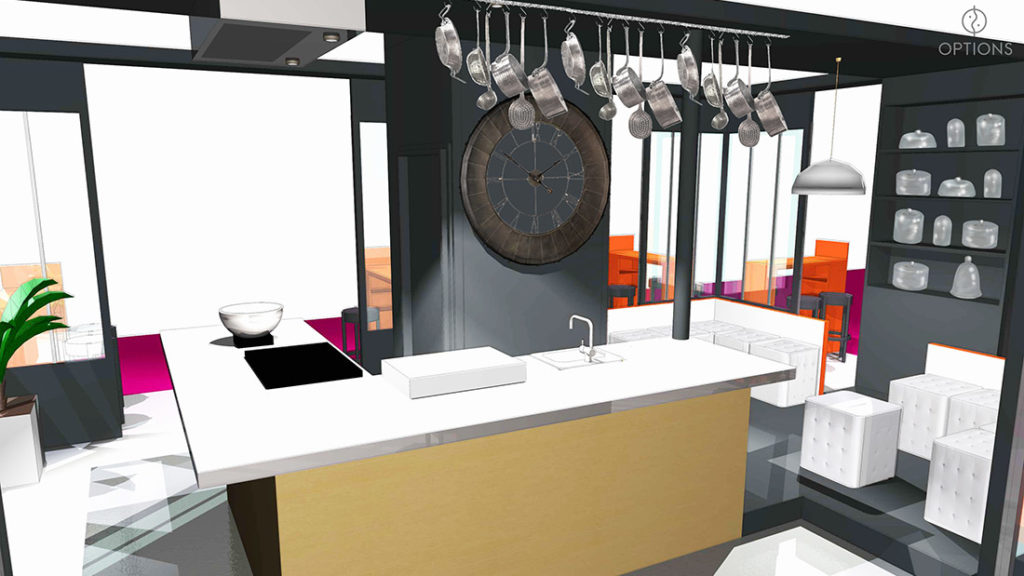 A forum held yearly in Paris for event, exhibition and conference professionals, Heavent Paris attracts a large number of visitors on a yearly basis at Porte de Versailles. An opportunity for caterers and members of the French catering association, Les Traiteurs de France, to present their savoir-faire to other professionals in the field.

Options were in charge of creating and building Les Traiteurs de France’s stand, for the 18th edition of the Heavent Paris forum.

The scenographers at Options Décoration developed a colourful loftlike theme. The stand was a combination of areas that were both friendly and relaxing with a space for each of the caterers. The design was similar to that of a workshop, with a wooden structure and large windows. The layout of the different areas allowed the visitors to circulate freely whist providing a unified and harmonious setting.

Options specialists pulled out all the stops for Les Traiteurs de France providing them with a stand that was not only functional but allowed the caterers to cook throughout the day and organise culinary workshops and drinks.

Options Décoration handled the project from A to Z.

For the last 20 years, some of the most renowned independent caterers have joined forces with the Les Traiteurs de France, forming a national network of caterers. With its 36 members the network is at the heart of culinary innovation, entertaining and events that are socially responsible.

During the 2019 forum, nearly sixty companies and agency managers gathered for a gastronomic “Before” where they discovered Goûts & Couleurs (flavours and colours), the first trend booklet of the Les Traiteurs de France Association featuring the best recipes from the network’s chefs. The ensemble took place in an area that was designed for professional get-togethers where they were free to discuss and share ideas.

Previous
Next
By continuing to use our website www.options-decoration.com, you are agreeing to the cookies used to improve your experience, personalise offers, and analyse traffic.
SettingsACCEPT ALL
Manage consent